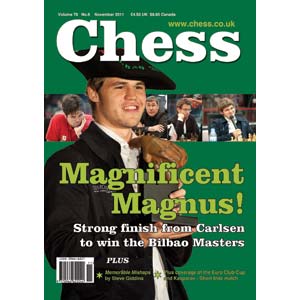 Magazine, 60 pages
UK's most popular CHESS Magazine - established 1935! All the regular features of the UK's best-selling CHESS magazine plus more!
Plus more!
Click here to download a PDF with an extract from the magazine.
Posted by John Saunders at 18:45