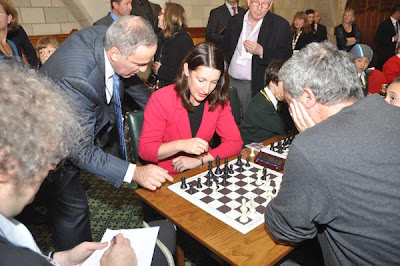 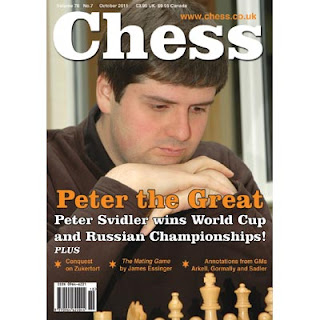 Magazine, 60 pages
UK's most popular CHESS Magazine - established 1935! All the regular features of the UK's best-selling CHESS magazine plus more!
Plus more!
Posted by John Saunders at 17:49 No comments:

Ever wondered how to pronounce 'Euwe'? Or 'Scheveningen'? Or 'Wijk aan Zee'?

Wonder no longer - there is a website which gives guidance on the pronunciation of some chess-related Dutch names and terms...

Very useful - though I'm not sure I can replicate some of those sounds myself.
Posted by John Saunders at 09:39 2 comments: